There were two woodworking projects to do at home in the week before Open Gardens. One was to make a cover for half of the hopper of the main elevator, so that the ever larger number of people wishing to climb the stairs to look at the Vitruvian Mill working, have somewhere to stand at the bottom and so that dirt from their shoes doesn’t go into the hopper. 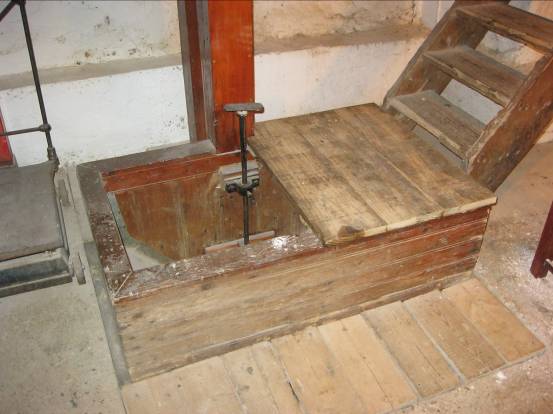 It’s nothing special and it’s not made of Oregon, but it works. It will be nice to cover the other half for when the Mill is not in use. After applying some more Power Putty epoxy to potential leaks in the hopper, the elevator performed perfectly all weekend. It was a little reluctant to throw out at the top at speeds less than 4 RPM on the water wheel, but it still does work at that speed.

The other project was the lay-shaft for the ‘new’ rotary screen or sifter, which after being ‘dared’ by Jayne, I was determined to have at least turning this weekend. A shaft and two pillow blocks were bought and I scratched out a flat belt pulley for one end and a vee pulley for the other, the flat being half the diameter of the vee, in order to double the speed. I didn’t want to make a steel support bracket for the pillow blocks so settled for wooden dovetail slides. 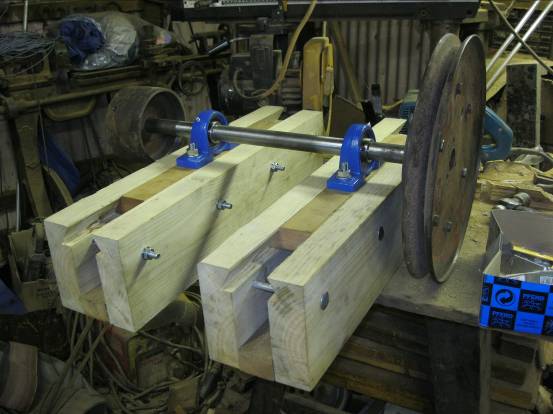 This assembly was in position on Saturday morning, fixed down by evening and on Sunday morning. I brought a vee belt from home and we made up a flat belt, moved the ‘spare’ pulley on the line shaft, which until now hasn’t had anything connected to it, a few inches and the machine was running! 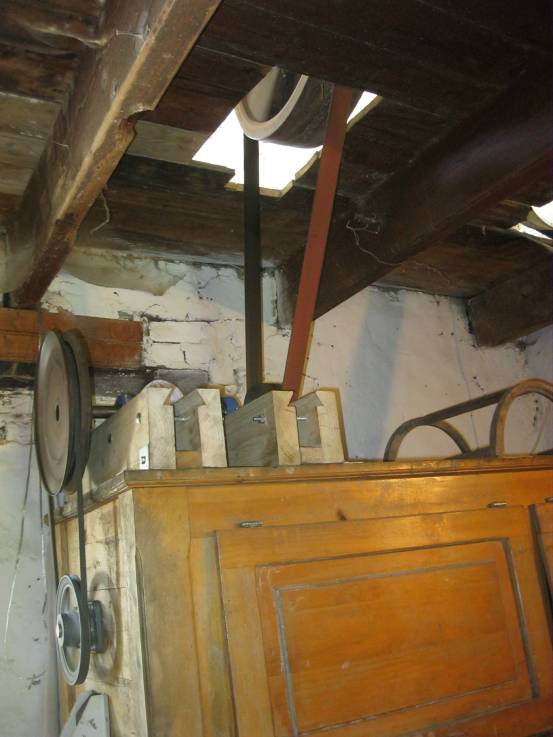 There is still plenty to do on this machine to get it working, but at least its rotor is now turning!

As usual, there was a constant stream of visitors, and I was lucky to have the assistance all weekend of Leroy, the main tractor driver from the farm. He was extremely helpful and did all the sifting, weighing and bagging, and a lot more besides. He is keen to be an understudy, and works on Saturdays on his vegetable plot nearby so can probably lend a hand more often. We milled 45 kg over the weekend and most was sold. 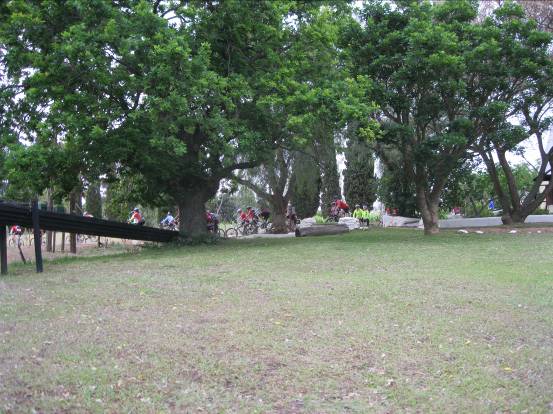 On Saturday morning a group of cyclists came past, and all weekend, the nearby sausage tree (Kigelia pinnata), which relies on our bats apart from sunbirds and insects for pollination, was in full bloom. The scent of the flowers was overpowering! 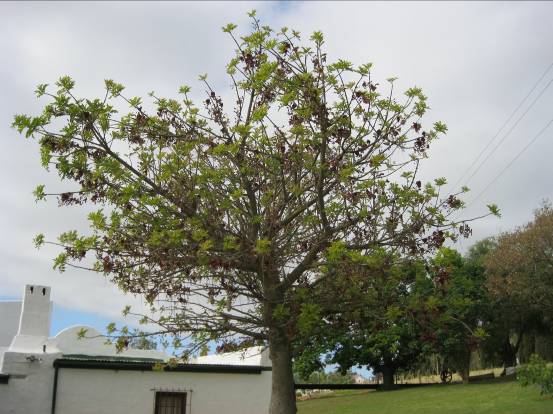 It isn’t meant to grow in our climate, but maybe that is changing to suit the tree!