It’s been a long time since I dressed the stones; chores at home and an expedition to dismantle Phoenix Roller Mills in Grahamstown, in such a way that it can be reassembled, have got in the way. Eventually, Womens’ Day offered an opportunity to get back.

I had popped in to lower the runner loosely into place in the meantime, because I needed the chain-blocks in Grahamstown. I found the farm staff had kindly done a wonderful job of cleaning up all the fine stone dust which covered absolutely everything! 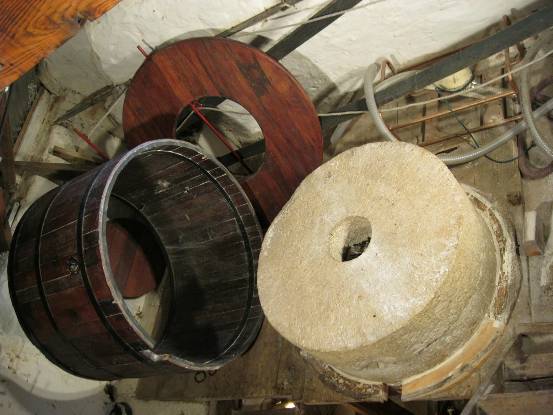 This is what I came back to, looking from above. I first had to take up the slack on the adjusting bolts on the rhynd…… 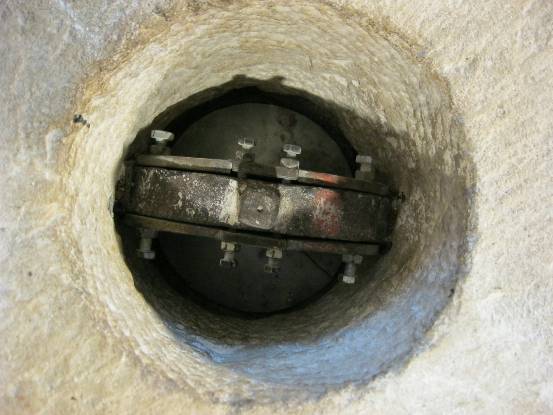 ….. and then check if the runner was true to the bedstone. 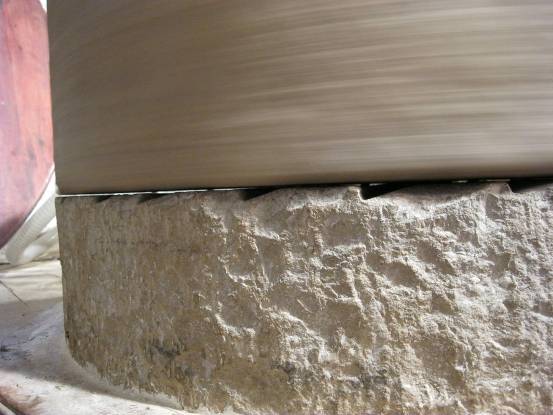 I added some grain and did some trials first; also to purge any impurities, although I’d vacuumed the stones thoroughly before putting them together. 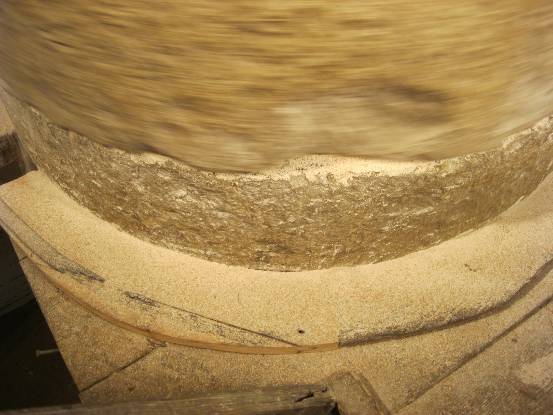 After some adjustment, I was happy, and could reassemble the sweeper. There was always a rattle on it, so I hammered over two noisy gutter bolts into rivets.

Then the tun could go back on and I could experiment further. 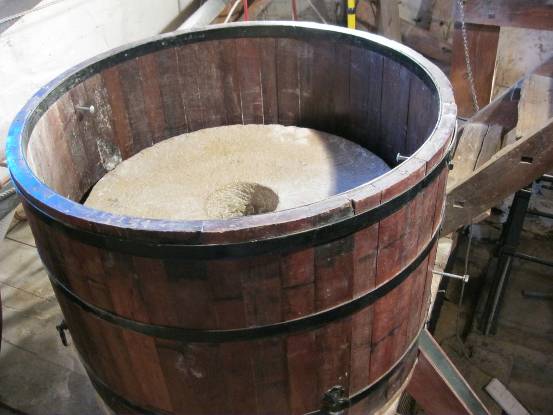 There was a good head of water in the dam, and I ran the mill quite fast. It was swallowing grain faster than I could put it in, but we were unhappy about the fineness. I decided to give that batch a second ‘break’ and fed it through again, with the mill running more slowly and with the stones closer. 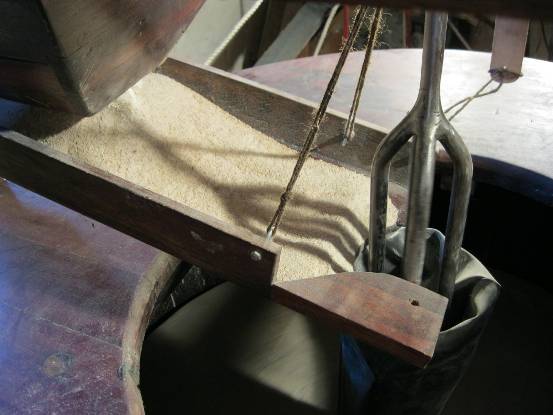 Thereafter I followed it up on more or less the same setting with plain grain, which gave the same results. At lunch-time we compared the fineness with Eureka’s Wholewheat and ours is finer. We did tests with different grades of sieve, and we’re back where we were, with very little left behind in our coarser sieve; more in the finer one, which we don’t normally use.

When sieveing after the first coarse ‘break’ at the beginning, the bran did look clean (not much kernel [‘middlings’?] on), so if we had wanted to remove the bran at that stage, we could have, with very little wasted wheat. 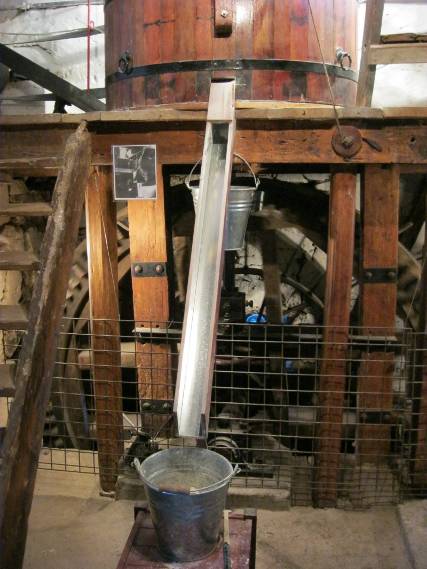 So, we’re back in business! 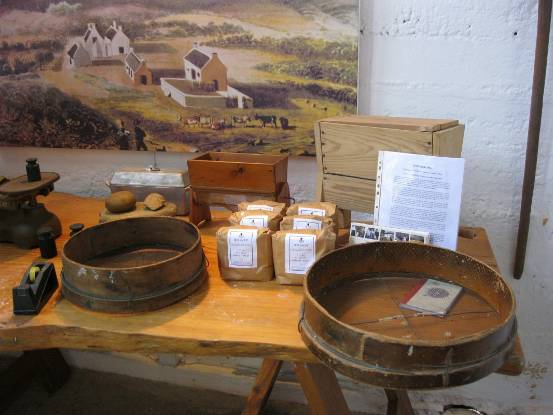 For the record, these two sieves are on loan from Phoenix Roller Mills. They can be identified because both have repairs with string where they have worn through. I put the mill to bed after just 12kg (apart from the sample I took up to the Big House at lunch time) and packed up early because of long week-end traffic.

I hope to return this Saturday because I must build up stocks for various events in the near future, and I still want to see if I can help get La Motte Mill in Franschhoek set up properly, perhaps the next Saturday.